Born in Tarragona in 1852, Antoni Gaudí is a Catalan architect and the greatest representative of Catalan Modernism. Incomparable to any other architect of his generation, Gaudí is responsible for some of Barcelona’s most beautiful structures, which catapulted him into world fame.

His revolutionary ideas transformed the modernism world and architecture in general. He designed striking buildings packed with original and innovative forms influenced mostly by nature.

Antoni Gaudí met the person who was to become his main sponsor and good friend, Eusebio Güell while participating in the 1878 Paris World Fair.

With Güell’s help, Antoni Gaudí was commissioned important projects in Barcelona, including the Sagrada Família and Park Güell, both of which are considered his magnum opus. He also designed La Pedrera, Casa Batlló, Casa Vicens, Casa Calvet or the street lamps in Plaça Reial.

Antonio Gaudí is responsible for numerous remarkable buildings, but the following are particularly fascinating and definitely worth visiting:

The Sagrada Familia is one of the most famous Catholic churches in Spain and is the icon of Barcelona. Its modernist design makes it different to any other church. Although the construction of the temple began in 1882, it is not yet completed and you will see it surrounded by cranes and scaffoldings.

Situated on Carmel Hill, the Park Güell is one of the most visited and famous parts of Barcelona. The park reflects Gaudí’s personal style, packed with original forms and volumes influenced by nature and geometry that give life to various animals and other interesting shapes.

Casa Milà is known as La Pedrera due to its rustic stony façade. It is a surprising modernist construction built by Gaudí between 1906 and 1912 that reflects the architect’s artistic plenitude. During the same years, he also worked on other projects in Barcelona. 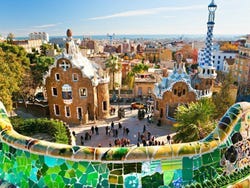 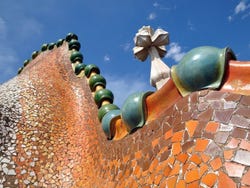 Part of the Casa Batlló's roof 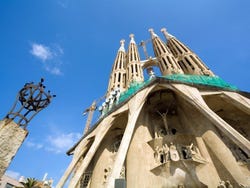 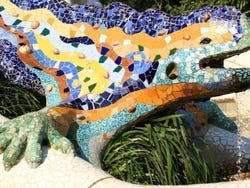 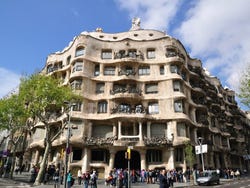 The Best of Gaudi Guided Tour 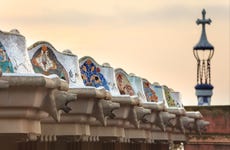 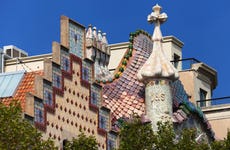