The Museu d’història de Catalunya (Museum of the History of Catalonia) in Barcelona reflects the history of Catalonia up to the end of the twentieth century. It displays various aspects, such as the political, social, economic and cultural evolution of this autonomous region.

The museum is housed in the Palau del Mar. The structure was initially built as a warehouse at the end of the nineteenth century and is the only building which wasn’t demolished in the old port in Barcelona.

The Museu features an extensive collection of objects, settings and historical recreations that reflect the region’s history in a simple and straightforward way.

Visitors can explore Catalonia since the Paleolithic period until the twentieth century, and they can even take part in its history by for example, grinding wheat like the Iberians used to, try Medieval armor or climb on a tram that used to run in the city during the 1920’s.

The Museum of History of Catalonia is ideal for those that want to discover the history of Barcelona and its autonomous region. It includes lots of interactive attractions, making it into a very visual and enjoyable. 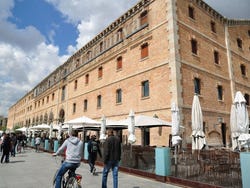 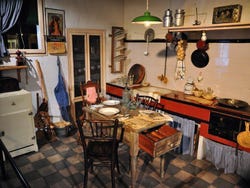