The tram is one of the most enjoyable means of transportation that allows visitors to discover a city while getting from one part of the city to another. Nevertheless, the tram network in Barcelona is very small and the new lines have opened in the suburbs of the city, so most routes don’t run past any of Barcelona’s landmarks or museums.

Barcelona’s light rail network has six lines, three routes belong to the Trambaix system and the rest are part of the Trambesès tram. The lines T4, T5, T6 are the only lines that cross the city center.

Tram cars run from Monday to Thursday between 5 am and midnight. The same schedule applies on Sundays, while on Fridays, Saturdays, and the days before public holidays it's extended until 2 am. 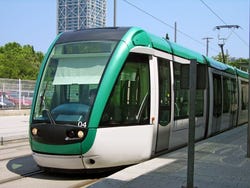