Visitors will be able to discover the city on this comfortable bus and stop at any of Barcelona’s top attractions and museums. It offers three different routes that visitors can take with the same ticket.

Like other hop-on, hop-off buses in Barcelona, the Bus Turístic has a fleet of roofless double-decker buses, it includes an audio guide in various languages and you can get off and back on as many times as you want.

Although there are several other companies that offer similar services in Barcelona, we’ll concentrate only on the Bus Turístic, since we consider it offers the best routes and timetable.

The same ticket is valid for the company’s three different routes. The red route and the blue route take approximately two hours to complete, while the green route only takes 40 minutes. 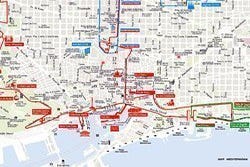 All routes depart at 9 am and the last departures leave at 7 pm. The buses come approximately every 20 minutes.

Depending on the season, the bus frequency varies, between 5 and 25 minutes.

The blue and red lines run every day all year round and the green route only runs between 15 April and 25 September.

Where to buy tickets?

If you don't want to waste a single second of your holidays, we recommend you book your tickets directly online via the following link:

It's always a magical experience to explore a city at night-time when it's beautifully lit up and serene. The Bus Turístic organizes a unique night bus ride from June to September and it drives past Barcelona’s most emblematic landmarks all lit up.

The night bus service leaves from Plaça Catalunya at 9:30 pm and the tour lasts two hours and a half. 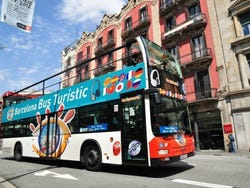 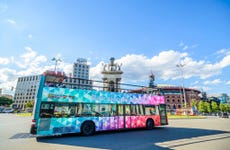