The Tibidabo not only offers stunning views over the city, but also includes the following attractions:

The Amusement Park in Tibidabo was opened to the public in 1899. It is the oldest theme park in Spain and one of the first to be built in Europe. Some of the first rides constructed in the park are still open today, like “El Avio” (the Plane). It is one of the earliest modelled planes that rotates thanks to its own propeller. Another emblematic ride is called “Talaia”, a tower built over 90 years ago, that stands 50 meters high and offers 360° views over the city. We also recommend visiting the Museum of Automatons, a charming area of the park that features over 40 nineteenth and twentieth century gadgets.

The old-fashioned rides combine gracefully with the latest and most modern rides including several roller coasters.

The Temple of the Sacred Heart of Jesus sits on the summit of Mount Tibidabo. It is an impressive neogothic church crowned by a bronze statue of Jesus. Visitors can take an elevator to the top of the church to see a magnificent view of Barcelona.

The ruins of the primitive shrine that was built in 1886, when Tibidabo was completely bare, are located to the right of the Sacred Heart of Jesus.

Torre de Collserola is a particular tower that was built for the 1992 Summer Olympics by Norman Foster. Standing 946 Ft (288 m) tall, it is the highest viewpoint in Barcelona. Its observation deck is located on the tenth floor and offers superb views over the city and the Mediterranean Sea.

The Fabra Observatory was built in 1901. For over 100 years now, it has worked as an astronomical observatory, investigating astronomy, seismology and meteorology.

If you want to book tickets for Tibidabo Amusement Park you can do it directly through the web at this link:

Entry to the Tibidabo Park of Attractions 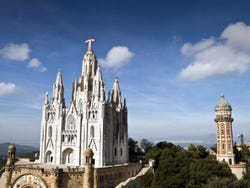 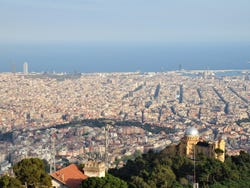 Views over Barcelona from the Tibidabo 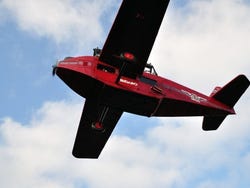 To the northeast of the city.

The opening hours depend on the season. For more information check out the official Amusement Park webpage: http://www.tibidabo.cat/en/