At the beginning of the twentieth century with the city’s industrialization, Barcelona attracted workers from all over Spain, especially from Andalucía and these brought with them their flamenco shows and Andalusian music. Barcelona is currently considered the third capital of flamenco in Spain, after Andalucía and Madrid.

Some historians believe that the first guitar like instrument in Spain could be from Barcelona, as it was brought to the peninsula from medieval folk singers from Provence in France.

If you go to Barcelona and are passionate about music, discover Andalucía’s traditional music and dancing in one of the many flamenco shows and guitar concerts that are organized every day in the city.

The city of Barcelona hosts many renowned flamenco shows in theatres or in varied and curious premises, some of the best being Palacio del Flamenco (Barcelona’s largest venue for flamenco performances) or the Palau de la Música Catalana (a remarkable modernist concert hall declared a World Heritage Site in 1997).

A great option is to enjoy a breath-taking flamenco show whilst having dinner. There are numerous tavern-restaurants with flamenco tablao (tablao is the platform where the flamenco show takes place). The following list includes the best tablao restaurants in Barcelona:

If you want to discover the art of the Spanish guitar, we recommend spending an evening observing the greatest masters of the Spanish guitar. All year round, visitors can book a concert with “The Maestros de la Guitarra”, a group of renowned musicians that organize concerts in Barcelona’s most emblematic buildings like the Palau de la Música Catalana, Basilica de Santa Maria del Pi and Church of Sant Jaume.

Due to the popularity of flamenco music, we recommend that you make your reservation ahead of time. You can do so at the following links: 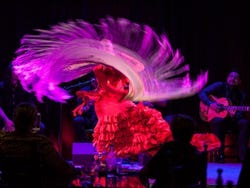 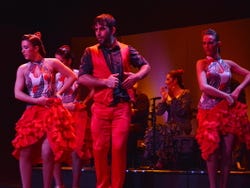 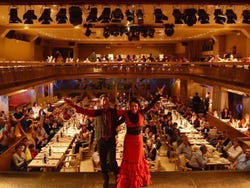 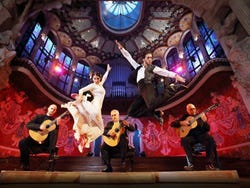 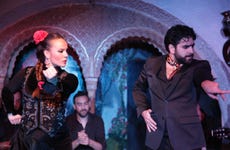 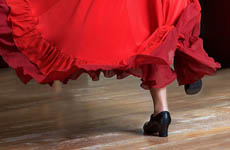 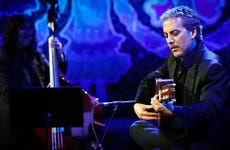