Until the end of the twentieth century, the beaches in Barcelona were not very appealing. It was only in the 90’s that the various beaches were transformed, cleaning the water and the sand to make them more attractive for locals and tourists to take a dip.

Although Barcelona is not considered to be a beach holiday destination, millions of people go to the city’s numerous beaches to sunbathe and swim in the Mediterranean Sea every year.

A promenade runs along all the city’s coastline and crosses every beach, from LLevant (northern side of the city) to Sant Sebastià (southern part of Barcelona), where the renowned Hotel W is.

All the beaches in Barcelona are well connected, maintained and equipped with all the services one would imagine a beach to have. The closest to the city center are La Barceloneta, Sant Miquel and Sant Sebastià.

Given that all the beaches in Barcelona are very similar, we have ranked them based on their popularity, in other words, places to have fun for some and massification for others. 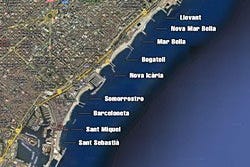 Map of the beaches in Barcelona 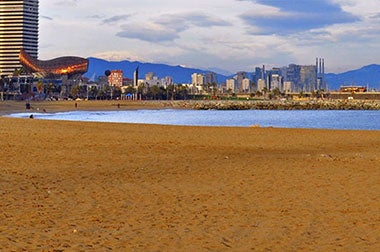 The Barceloneta Beach is the most visited and most famous beach in Barcelona. Discover how to get there, useful information and the services it offers.

Located between Hospital del Mar and Calle de la Marina, the Somorrostro Beach is very well connected and is one of the most popular beaches in Barcelona. 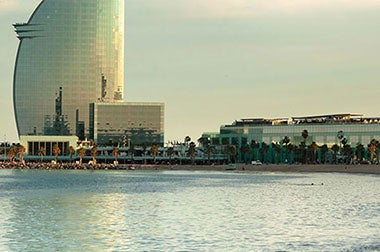 Sant Miquel Beach was built in 1755 and is one of the oldest beaches in Barcelona. It sits between the beaches Sant Sebastià and La Barceloneta. 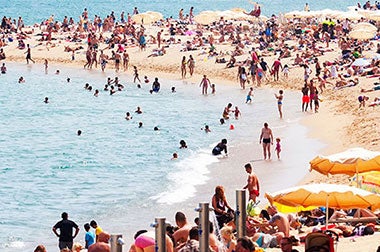 Located next to the Barceloneta Beach, Sant Sebastià is one of the largest and oldest beaches in Barcelona. It is also a nudist beach. 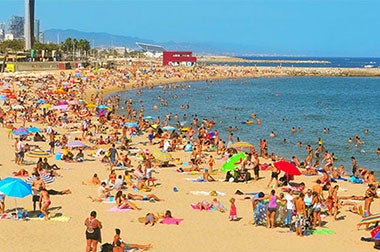 The Nova Icària Beach is one of the most tranquil beaches in Barcelona and is where families go to sunbathe with their children and friends. 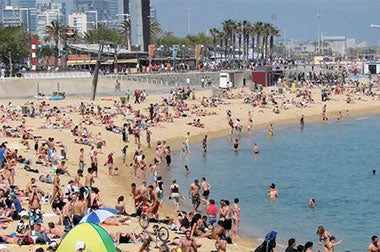 Bogatell Beach was renovated in the 90’s when all of the city’s coastline was rehabilitated. It is a favorite among the older generations. 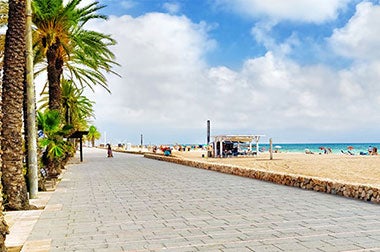 Mar Bella Beach usually attracts the younger generations, as it has several sports areas. It is also famous because part of beach is nudist. 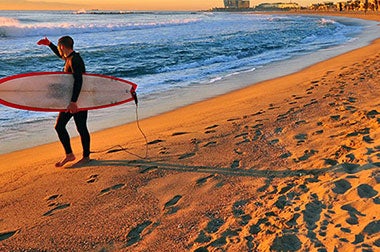 Nova Mar Bella Beach is a peaceful beach where a lot of young locals go to enjoy the sea and sun, especially those that live in the Sant Martí district. 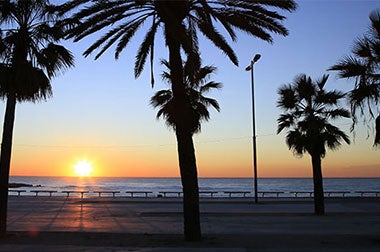 Other beaches near Barcelona

As well as the beaches in Barcelona, Catalunya’s coastline has numerous beaches, one after another. To the south of Barcelona there are famous beaches like Sitges, Vilanova and Calafell. To the north of Barcelona, you will find Blanes Beach, which is where Costa Brava starts.

If you want to go to these beaches, you can either go by car (you can hire one in this link) or you can also go by train. 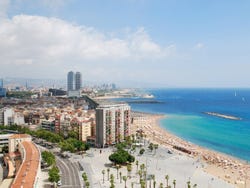