Discover the heart of the Catalan Modernisme movement in Barcelona on this guided walking tour that will take you on a journey to see Spain's most important modernist symbols. 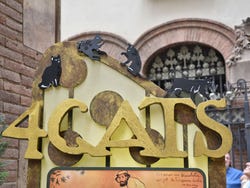 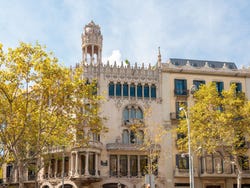 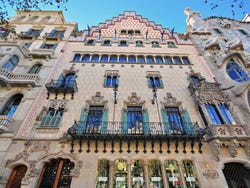 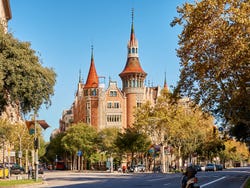 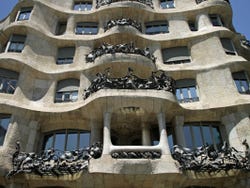 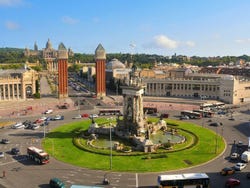 The tour meets at 4 pm in Plaza Cataluña, in the heart of Barcelona, ready to begin this two-hour walking tour of modernist Barcelona.

The first stop on this free tour will be the so-called Manzana de la Discordia - which is where the majority of the most famous works can be found. In the surrounding area, we'll see the stunning façades of some of the jewels of modernist architecture: the natural forms of Casa Batlló and La Pedrera by Antonio Gaudí, Casa Casa Lleó i Morera, with its elaborate windows and majestic columns, the Casa Amatller...

Next, we'll hop on the metro to head towards one of the undisputed symbols of Barcelona. Can you guess which it is? That's right, we're talking about the famous Sagrada Familia. Once we're in front of the basilica, we'll marvel at the architecture of Gaudí's greatest expression of modernism.

We'll finish the tour at 6:30 pm in front of the Sagrada Familia.

Free tours do not have a fixed price, rather each person offers the guide the amount they consider appropriate, depending on their level of satisfaction.

The activity takes place with a guide that speaks in English.

You can book up until 4 hours before the activity as long as there are still places. Book now to guarantee your spot.

Intellectual: Varies according to the attraction included. Information in easy-to-read format. Accessible toilets.

If you are not able to attend the tour, please cancel your reservation, otherwise the guide will be waiting for you.

Where does the activity end?

Where does the activity end?

Great Guide tour. I wouls just say there is no need to stop for a toilet every 25 minutes. Apart from that all great,

We had Martin as our tour guide and he was very informative and polite. We enjoyed the tour very much, especially Martin’s secret locations (unknown). We also learnt a lot about the history of Gaudí and modernism in Barcelona and recommend this tour very highly.

9.60 / 10 395 reviews
Our free tour of Barcelona is ideal to start exploring the city. We'll tour the historic centre of Barcelona to discover all its mysteries. Plus, it's FREE!
Free!
Book
like

9.30 / 10 122 reviews
Reserving our private guided tour you'll have a guide at your disposition to discover Barcelona with yout partner, family or group of friends.
US$ 104.10 per group
Book
like

9.50 / 10 28 reviews
Visit the renowned Monserrat Monastery and take a funicular to the mountain’s Natural Park, followed by a hike to the top of the mountain with an expert guide.
US$ 81
Book