Discover the Mediterranean charm of Tarragona and Sitges on this day trip from Barcelona. Immerse yourself in the history and culture of two the most beautiful coastal towns in Catalonia! 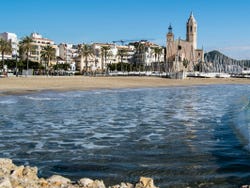 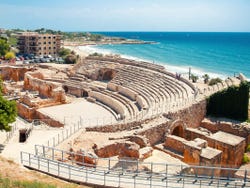 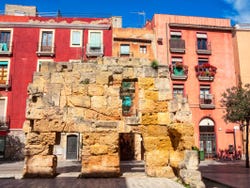 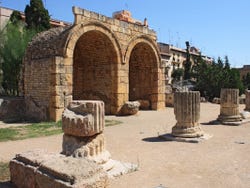 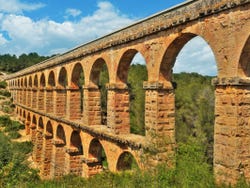 We'll pick you up at 9 am from your hotel in Barcelona and set off south by minibus in the direction of two of the most beautiful cities on the Catalonian coast!

We'll make our first stop at the Devil's Bridge lookout point in the province of Tarragona, where we'll catch a glimpse of the colossal Les Ferreres Aqueduct. This spectacular feat of Roman engineering has been declared a UNESCO World Heritage Site and we'll learn all about its thousand years of history as we admire the monument.

Our next stop will be in the provincial capital itself, where we'll embark on a walking tour to explore the historic centre of Tarragona. The guided tour will take us to see the remains of the ancient Roman Tarraco. Among the ancient ruins, we'll get to see the impressive forum, walls and the amphitheatre, which hosted spectacular gladiatorial fights.

After learning about Tarragona's Roman past, we will continue to Sitges, a beautiful town on the Costa del Garraf. We'll enjoy a walking tour through its old town, home to architectural jewels like the modernist Casa Bacardí and Casa del Rellotge buildings. We'll also get to admire the iconic façade of the San Bartolomé and Santa Tecla Church, a symbol of the city.

At the end of the tour of Sitges, you'll have two hours of free time to have lunch and enjoy the so-called Spanish Saint Tropez at your leisure. In the afternoon, we'll meet back up in the centre of Sitges for our return journey to Barcelona. You'll be dropped back off at your hotel for around 6:30 pm.

It is mandatory to present a complete vaccination certificate. This information is for guidance only and may change depending on local regulations. Always check the restrictions before travelling.

Alcoholic drinks are not available.

The activity takes place with a guide that speaks in English, although it may occasionally be done in two languages.

Hotel pick up and drop off

Small groups of no more than 8 people

You can book up until 48 hours before the activity as long as there are still places. Book now to guarantee your spot.

Accessible only for folding chairs.

US$ 107.50
No hidden fees or surcharges
Free cancellation up to 24 hours before the service starts
Book

I travelled with teenagers
Show all the reviews
like