Sail along the Barcelona coastline while enjoying some traditional Spanish delicacies with this Breakfast Yacht Cruise. Discover the history, traditions and culture of the Mediterranean city. 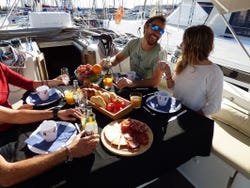 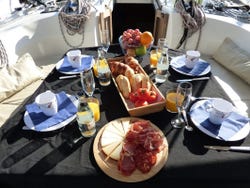 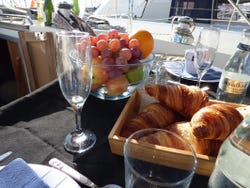 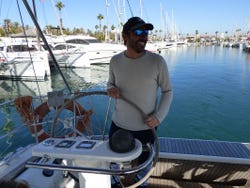 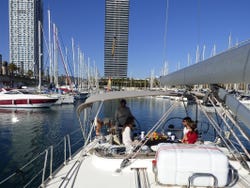 Once we've met at 10 am at Moll de Mestral, 2841, we'll get on the yacht which will take us for a cruise along the Barcelona coastline.

What better way to start this sailing trip than with a delicious breakfast on board? When we set sail, we'll serve you an individual breakfast consisting of toast with butter and jam, Iberian cold meats, Manchego cheese, mini croissant, orange juice and coffee. The cruise will give you a tour of the city from the sea, including Montjüic, the W Hotel and many more symbolic locations.

You'll also find out about Barcelona's history and secrets with a video that will take you back to the First Century AD when the city was originally called Barcino under the Roman Empire.

After two hours sailing the waters off the coast of Barcelona, we'll return to the meeting point, where we'll finish the sailing trip at 12 pm.

You can book up until 24 hours before the activity as long as there are still places. Book now to guarantee your spot.

US$ 84.70
No hidden fees or surcharges
Free cancellation up to 24 hours before the service starts
Book

10 / 10 2 reviews
Travel back to the 9th century and delve into the Roman vestiges of Cardona Castle, a medieval jewel very close to Barcelona.
US$ 107.40
Book
like

7.80 / 10 50 reviews
Embark on a guided tour of Girona, discovering its most emblematic landmarks and exploring filming locations from Game of Thrones.
US$ 62.10
Book