The Sagrada Familia is one of the most emblematic symbols of Barcelona. Discover the history and architecture of Gaudí's unfinished masterpiece with this private tour just for you and your partner, family or friends. 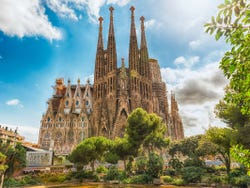 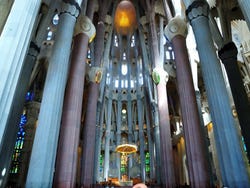 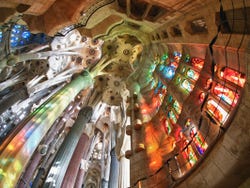 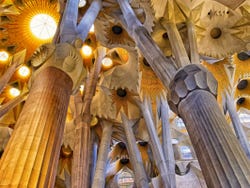 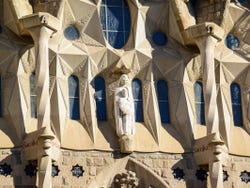 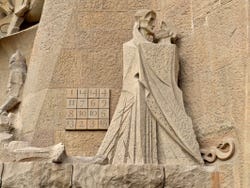 At the scheduled time, we'll begin our private tour of Barcelona's Sagrada Familia meeting on the corner of Carrer de Mallorca and Carrer de la Marina.

First, we'll take in the breathtaking exterior architecture of this modernist masterpiece designed by Antonio Gaudí. The building has many details that often go unnoticed. For example, what does the magic square with numbers on mean? What scenes from the life of Christ are represented by the sculptures in the different niches? Our English speaking guide will reveal all while we admire the spectacular Nativity, Passion and Glory façades.

Next, we'll visit the interior of the Sagrada Familia. Inside the basilica, you'll be captivated by the stunning illuminations through its colourful stained glass windows on both sides of the central nave. We'll then go down to the crypt, where the chapels of Saint Joseph, Our Lady of Montserrat and El Carmen, where Gaudí is buried, stand out.

The basilica also houses the Sagrada Familia Museum. Through its exhibition, we'll learn more about the modernist work of Gaudí and his contemporaries. What's more, we'll get to appreciate the architectural evolution of this still unfinished church, whose construction began in 1882.

After an hour and a half, our private tour will come to an end in one of the entrances of the Sagrada Familia. You'll then be free to continue visiting the monument at your leisure.

This is a private tour organized for you and your partner, friends or family.

The activity takes place with a guide that speaks in english.

Entry to the Sagrada Familia Basilica

Private and exclusive tour, there will be no one else in the group

You can book up until 24 hours before the activity as long as there are still places. Book now to guarantee your spot.

Per group from
US$ 232.20
No hidden fees or surcharges
Free cancellation up to 48 hours before the service starts
Book

9.60 / 10 353 reviews
Our free tour of Barcelona is ideal to start exploring the city. We'll tour the historic centre of Barcelona to discover all its mysteries. Plus, it's FREE!
Free!
Book
like

9.40 / 10 31 reviews
Cruise the Mediterranean Sea in a catamaran and watch a magical sunset as you enjoy an unforgettable evening in Barcelona with live jazz music!
US$ 25.30
Book
like

9.30 / 10 106 reviews
Reserving our private guided tour you'll have a guide at your disposition to discover Barcelona with yout partner, family or group of friends.
US$ 106 per group
Book